Although the concept of bone remodeling is in complete contrast, the current perception of the malocclusion etiology is genetic. However, studies and works proving environmental factors as the main cause for malocclusion are coming into light. In order to understand how the environment is involved, looking into the past is mandatory.

Malocclusion is becoming so common in our modern society that everyone thinks having a brace is a step strictly required throughout the life. It is thought to be genetic, where the term genetic literally means relating to origin, or arising from a common origin. But interestingly, if we look to our ancestors (our origin), there is very little sign of malocclusion [1]. Figure 1 shows the difference of a prehistoric skull against a modern one: the difference in the palate shape and airways size is massive. So, is it really genetic?

In 1939, dentist Weston A. Price published Nutrition and Physical Degeneration, describing his travel around the world among both civilized and isolated groups [2]. Interestingly, as Figure 2 highlights, he found out that malocclusion was a problem uniquely present in the civilized groups, together with caries and improper development of the facial structure (and many other problems, reason why he talks about physical degeneration). Although Dr. Price thought that everything was connected to the type of diet (that is partially true, due to the important role that nutrition covers in the total body health), the important thing to highlight is the difference in the level of civilization among the several groups he studied: malocclusion was present only in modernized groups. So, do you still think it is genetic? A further milestone has been put by John Mew in 1958, when he set the ‘Tropic Premise’, which suggested that malocclusion was a ‘Postural Deformity’ and that irregular teeth were not necessarily inherited [3]. He then developed the Bioblock therapy [4] and founded  the London School of Facial Orthotropics, that is still nowadays considered controversial to the common orthodontics. Indeed, while common orthodontics simply straights teeth, the aim of Orthotropics is to guide facial growth (that essentially means the craniofacial development).

John Mew treated several cases of patients (like the one shown in Figure 3) that were suggested to have surgery for their improper development of the facial structure. He used postural appliances with the aim of exploiting the ‘Tropic Premise’: the ideal development of the jaws and teeth is dependent on correct oral posture with the tongue resting on the palate, the lips sealed and the teeth in light contact. So, what are the factors that affects oral posture in modern society?

In Figure 4, analyzing the skull of our ancestors with the one of our time, the first notable thing is the different shape, especially of the facial bones. We are assisting to a down-siding of the entire craniofacial structure, with the maxilla that drops down and back. This reduces the eye support, flattens the cheekbones, narrows the nasal airway, lengthens the mid facial third, and lowers the palate, which narrows and create malocclusion [5]. Thus, malocclusion is just a consequence of the craniofacial development. Although it is a very slow process, bones always remodel according to force stimuli in order to address the mechanical stress applied [6]. In particular, high-frequency low-amplitude postural strains are the main responsible for bone remodeling [7].  Everyday our body fights an invisible constant force, the gravity, that is the actual responsible of the down-siding of the maxilla. But then, what are the missing forces that counteract this phenomena? What are the differences with our ancestors?

In a simplistic view, maxilla is primarily remodeled by forces coming from tongue and teeth (through masseter muscles). So the causes of malocclusion have to be found in the modern lifestyle, in particular in:

Figure 5 shows a couple of brother and sister. They were breast-fed for different  periods of time, leading to different weaning. This difference had effects on the tongue posture and  the function of all the oral muscles of the two individuals: notice the tongue thrust of Miranda (on the left) and how this affected the development of the maxilla that dropped down and back creating a long and kind of smashed face, together with malocclusion. Gwithian (on the right) has been breast-fed longer, with a later weaning with respect to Miranda. The facial shape is completely different: maxilla is correctly developed, creating space for all the teeth. Notice as well the difference of the cheekbones, that provide eyes support.

To have a further confirmation of what is going on in our modern society, it is sufficient to look in the past: indeed, malocclusion had an exponential increase with the Industrial Revolution. Women started to give up their mother role inside the family to work in industries, leaving the care of the new born child to older relatives. Thus, bottle-feeding became a necessity as well as pacifiers and early weaning. Furthermore pollution increased, together with food processing and less contact with the nature, leading to an increase of the allergies and other pathologies.

So, every alteration in the lifestyle has good and bad sides. While recent thoughts were that malocclusion was genetic, indeed it is not. It is an environmental problem, due to consequences of civilization. This finds further confirmation from the isolated groups in the world, where the civilization is still not influent: they present minimal sign  of malocclusion and a complete different facial and physical development. However, avoidance of pacifiers and bottle-feeding, together with a proper food diet during the weaning phase, are proper actions that can prevent the insurgence of bad habits maintained for the entire life of the individual, affecting occlusion, craniofacial development and his entire health.

[2] Price, Weston A., and Trung Nguyen. Nutrition and physical degeneration: a comparison of primitive and modern diets and their effects. EnCognitive. com, 2016.

[10] Suzely, AS Moimaz, et al. “Association between breast-feeding practices and sucking habits: a cross-sectional study of children in their first year of life.” Journal of Indian Society of Pedodontics and Preventive Dentistry 26.3 (2008): 102.

[27] Can you tell the difference between Orthotropics and Orthodontia? Dr. Karen O’Rourke, DDS

When talking about malocclusion, crooked teeth are the first thing  that comes in mind. However, malocclusion is just a sign of something bigger: an incorrect development of the entire craniofacial complex, that in turn affects total body health.

END_OF_DOCUMENT_TOKEN_TO_BE_REPLACED

Professor John Mew, born in 1928, is  a dentist, researcher, orthodontist as well as an anthropologist. His father was a dentist from whom he developed his interest in dentistry. His lateral-thinking mind allowed him to question whether the causes of malocclusion were genetic or influenced by environmental factors and he actually provided answers.

END_OF_DOCUMENT_TOKEN_TO_BE_REPLACED

Weston A. Price was an American dentist who lived from 1870 to 1948, in a period where science was quite different from our modern conception. Many of  his dentistry concepts can be largely debated, like teeth extraction and the conclusions he made about his work. However, with his work he largely contributed to the understanding the…

END_OF_DOCUMENT_TOKEN_TO_BE_REPLACED 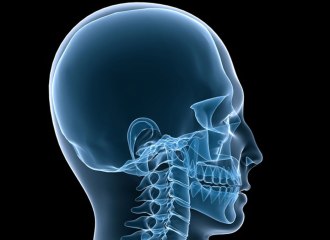 Over the last 50 years many theories have been put forward to explain the syndrome currently called Temporomandibular Disorders (TMD). However, it is doubtful whether any single theory fits all the complex features of this condition. The multifactorial explanation also appears flawed. So, what are the real underlying causes of this condition that exponentially spread…

END_OF_DOCUMENT_TOKEN_TO_BE_REPLACED

3 thoughts on “Causes of Malocclusion”

Help us to improve

Writing a website is an extensive work that requires a lot of time and patience. For this reason this website is far from perfection.
If you see something that does not look right, a typo, wrong citations or an image we do not have the rights to use, or if you have suggestions or questions, do not hesitate to contact us.